If the Carolina Panthers continue to get unflattering exposure, they may very well become the laughing stock of the NFL. Well, they got some on Thursday.

Former NFL quarterback and current ESPN analyst Dan Orlovsky just shed a not-so-flattering light on the Panthers—specifically on their predictable offense. During Thursday’s episode of NFL Live, Orlovsky dove into how Carolina tipped off their plays through shotgun formations in Week 2.

He explains that the positioning of running back Christian McCaffrey relative to quarterback Baker Mayfield can tell opposing defenses if they’re going for a run-pass option (RPO) or just a straight pass.

Yes every @panthers fan should be ticked off

To be fair to offensive coordinator Ben McAdoo, perhaps describing this as “coaching malpractice” is a bit on the strong side. Although these may not be “cherrypicked” instances, the ways in which McCaffrey lined up aren’t exactly uncommon throughout the game.

In fact, there were plays during that very same afternoon where the Panthers called for passes when McCaffrey is behind Mayfield.

Here is a Panthers play-action pass where CMC is lined up one yard behind Baker Mayfield in the shotgun. This is not a run or an RPO pic.twitter.com/bKxvNdT4Ad

Regardless, Orlovsky was right about one thing—this offense has been unacceptable. And it’s going to take a lot more than adjusting their running back’s position out of shotgun to fix their problems.

Revisiting our (sorta) bold predictions for Panthers vs. Giants 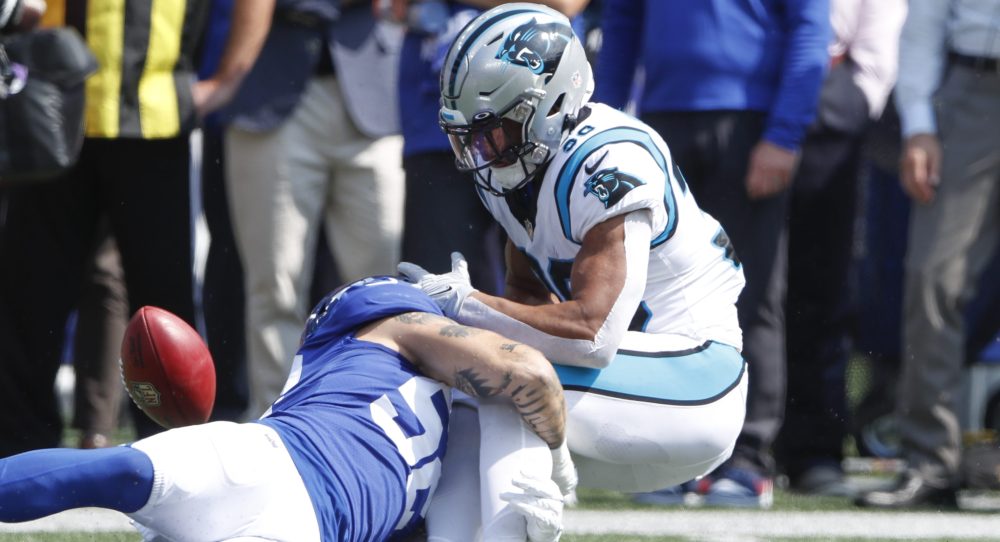