Through two games here in the 2022 regular season, only three Carolina Panthers wideouts have recorded a target. But we swear, they really do have more receivers.

On Thursday, offensive coordinator Ben McAdoo addressed exactly that—stating he has to do a better job of getting more guys at the position involved.

“Yeah, we worked a lot of guys in this week,” McAdoo said of adjusting his personnel and learning their identity. “We need to do a better job during the course of the game gettin’ them in there and that starts with me. And we certainly have a lot of trust in our players—not just the three we’ve been throwing out there.”

Getting zero percent of that share, and barely any in the snap department either, are 2021 second-round pick Terrace Marshall Jr. and free-agent signee Rashard Higgins. After both players didn’t see the field in the Week 1 opener against the Cleveland Browns, the former saw six plays (but no looks) at MetLife Stadium this past Sunday.

Additionally, Laviska Shenault Jr.—a trade acquisition from the Jacksonville Jaguars back on Aug. 29—has yet to get any in-game action as well. In fact, he’s not even been active to this point as he continues to learn the offense.

If McAdoo, however, wants to give his guys chances—would he disclose exactly which guys those would be? Nope.

“That’s a great question,” McAdoo said with a smile when asked which wide receiver would be the next one in. “That’s a better question for Coach [Matt Rhule] than it is for me. Appreciate the question. But we have a lot of guys we have confidence in. So I’m not gonna mention any names because probably who I mention first will be something you can write about.”

Well, perhaps we can’t write anymore about this then . . . 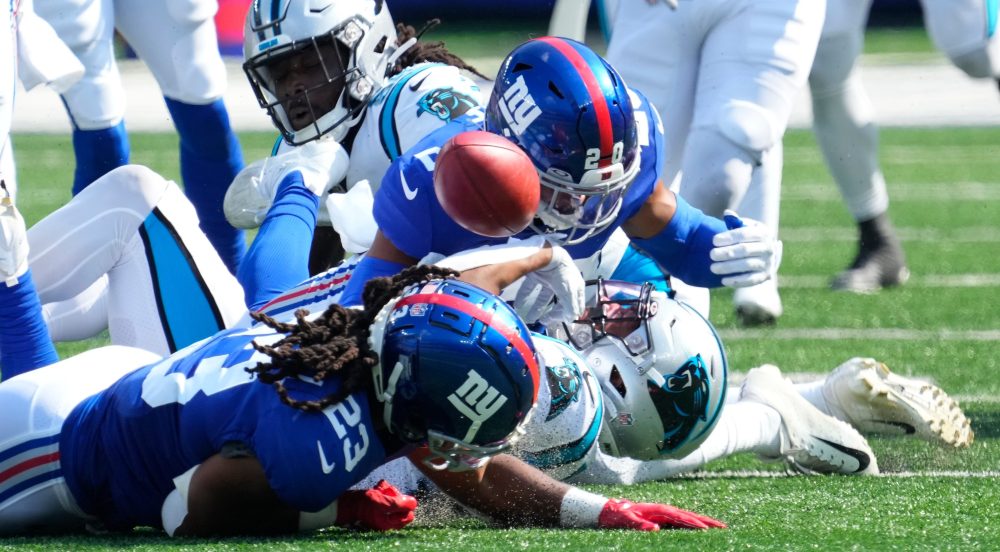